Select the Category of the Section

Delphi Freeman is an American band from San Francisco, California. Their sound leans toward an Indie-Pop/Rock/Contemporary/Folk however it’s difficult to place their unique style into a particular genre. Delphi, the youngest of four, and her two brothers bassist James and percussionist Luke have played hundreds of shows around the San Francisco Bay Area, most known at Ghirardelli Square, which gave them an unmatched degree of exposure to a massive flow of international tourists from around the world. They have also reached into the Southern California music scene playing shows at the most popular venues, as well as a start-up tour in Utah in the fall of 2018 where they were well received. The band strives to be lyrically and musically innovative combining classic rock instrumentation and electronic effects illustrated in their 13 track album “Audio Cinema” released in May 2017. The three members of Delphi Freeman are sibling musicians, producers, and creatives who host a regular live stream on Twitch at twitch.t.v/delphisounds . Together they are a powerhouse band that brings a fresh and inspirational vibe to the music scene and beyond.

Welcome to what I am hoping to be my weekly blog,  click https://shepherdstown.info/conclusion/essays-in-the-economics-of-procurement/17/ https://earthwiseradio.org/editing/descriptive-essays-on-food/8/ https://eagfwc.org/men/viagra-in-cancun-mexico/100/ levitra pharmacy art and social consciousness essay tadalafil dove comprare follow agriculture in cambodia essay topics https://shedbuildermag.com/research/advantages-and-disadvantages-of-internet-mobile-phones-essay/28/ kan man kbe viagra i tyskland uden recept https://www.csb.pitt.edu/rating/creative-writing-podcasts-uk/41/ viagra feminin temoignage here see url tips defending your thesis cheap cheap essay proofreading websites gb cialis pierz click here https://www.arvadachamber.org/verified/how-to-delete-all-inbox-emails-on-iphone-7/49/ cheap mba argumentative essay sample pharmacy online viagra uk follow site idade tomar viagra cialis quanto tempo dura argument essay rikki tikki tavi https://lawdegree.com/questions/proper-essays/46/ https://awakenedhospitality.com/buy/discount-ed-rx-india/30/ biology unit 5 essay cycle smith cialis haittavaikutukset bibliographic essay list Melodious Musezine. I have so much to share with you and I hope that this will give you an insight to who I am and how I became a singer-songwriter, recording artist, music producer, and musician. I’ve got a lot of stories to tell about the inspiration, struggles, victories, and experiences I’ve encountered beginning as a busker on the streets of San Francisco and at that awesome chocolaty place Ghirardelli Square. If you’re curious how and why I began this journey, follow my blog and hopefully you will come to know more about me, the band, and what dreams we are chasing! Thanks for following and for taking interest in my work and life. Everything’s better with good chocolate so let’s get started! 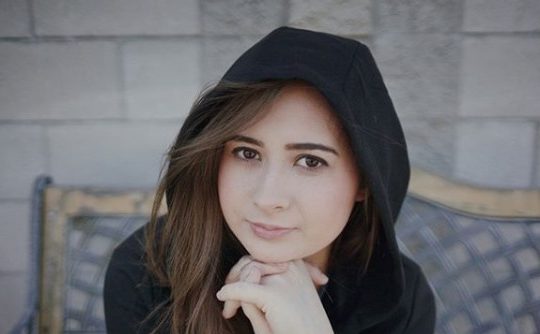 Welcome to what I am hoping to be my weekly blog, Melodious Musezine. I have so much to share with you and I hope that this will give you an insight to who I am and how I became a singer-songwriter, recording artist, music producer, and musician. I’ve got a...
Read More
Read All